Different types of hats and head coverings are used in various religions all around the world. Within each religion there can be an even further variation of hats worn by spiritual leaders and members of each religion.

Usually hats are worn to protect yourself from the elements, for fashion or as part of a uniform, but this is not necessarily the case regarding religious head coverings. Hats worn in religion are used for less practical reasons and instead can be of ceremonial importance, symbolic purposes or even as a personal choice taken by individual members within the religion as a testament to their faith. 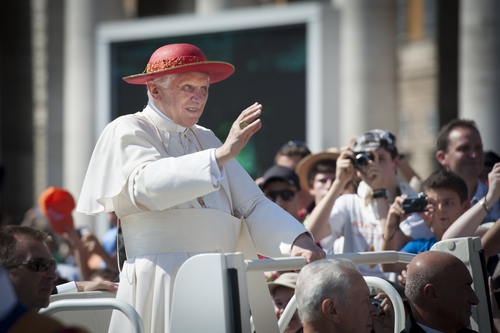 This article will explore some of the hats and head coverings that are worn by members and leaders of several religions around the world and the reasons behind their choice to wear it.

The traditional hat that Muslim men wear is known as the Taqiyah, which is a raised and rounded skullcap. Muslim men wear this hat because they believe that Muhammad always had his head covered, making it a recommended act for members of the religion today to also cover their head. Many muslims wear the Taqiyah with pride as a testament to their faith, while others wear it only during their 5 daily prayers. 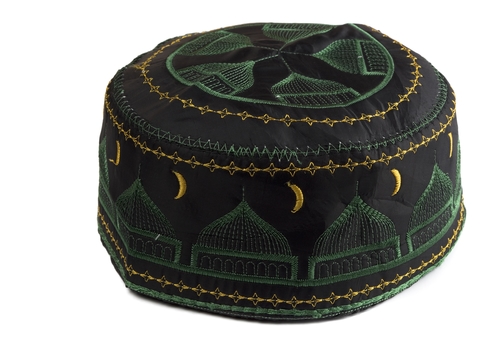 There are several variations of the Taqiyah depending on which region of the muslim world you are in. For the most part, they all look relatively the same with minor differences and can have a wide variety of colours and designs, with the most traditional and widely used one being a plain white Taqiyah.

A hijab is a veil intended to cover the head and chest of Muslim women who have already gone through puberty, when they are in the presence of males. The reason women wear this head covering is that the Quran urges women to dress modestly, always covering their breasts and genitalia. 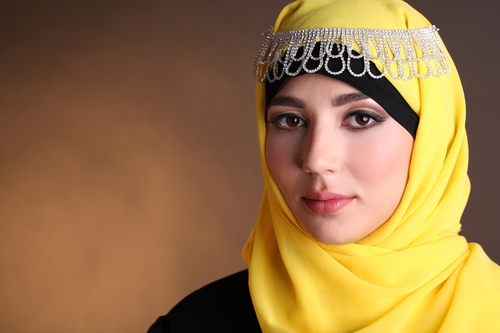 Similar to the Taqiyah, there are several variations of the hijab worn by women, depending on the region they come from. For example, in Arab countries women wear a derivative of the hijab called a niqab which also covers the face exposing only the wearers eyes. Even more extreme is the burka, worn in Afghanistan, which is a veil that covers the entire face and body of Muslim women.

The kippah worn in Judaism

In the Jewish religion, the main hat that is worn by men of all ages is the kippah. The direct translation for the word kippah is dome, which is exactly what this hat looks like. It is a brimless skull cap made out of cloth used to cover the top of the head to fulfil a requirement of orthodox judaism stating that the head must be covered at all times. Reform and liberal jews, however, do not believe that covering the head at all times is a commandment, and instead only cover their head during prayer or religious ceremonies. 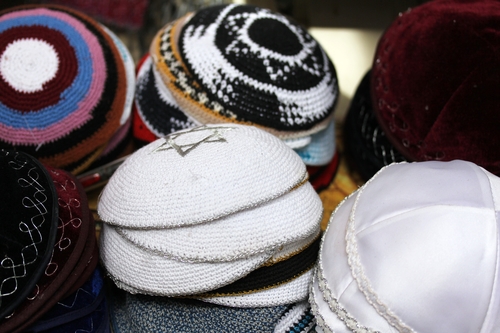 There is no consensus between different denominations of jews, or even within the orthodox denomination, regarding whether or not the kippah needs to be worn at all times. Some believe that wearing the kippah is only necessary during prayer and wearing it outside of the synagogue is just a customary practice. Others believe wearing the kippah at all times brings honor to God and allows for Jews to be distinguished between non jewish people.

Within christianity there are many different denominations, none of which have traditional headwear that is mandated to be worn by its members like in the Jewish and Muslim religions. In Christianity, however, there are symbolic hats worn by spiritual leaders during mass, the two most common being the zucchetto and biretta.

The zucchetto is a hemispherical skull cap, similar to the kippah, worn by religious leaders in several denominations of Christianity. This hat is worn during religious ceremonies and can be one of five colours, each colour specifying the rank of the cleric wearing it. 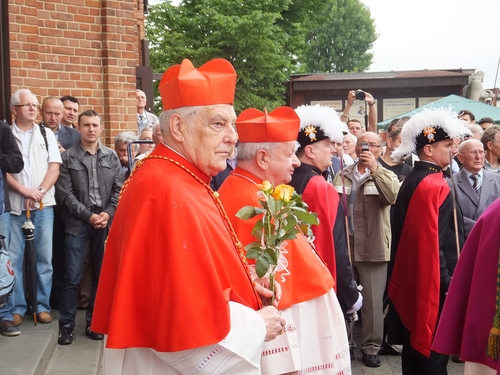 The other common hat that you may see a Christian cleric wearing is the biretta (picture above), which is a squared cap with three peaks. This hat is only worn by bishops, priests, deacons and seminarians, usually while in choir or during outdoor services. Similar to the zucchetto, the colour of the biretta indicates the rank of the cleric wearing it.

A head covering which is worn by many religions around the world is the turban. This is essentially a long piece of cloth, wound up in a specific way depending on the region, usually covering and keeping the hair clean. The most common users of the turban are Sikhs who are mandated to wear it as part of their religion to show that they are believers of the Sikh teachings. 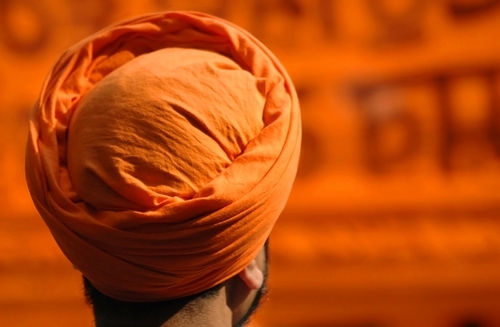 Originally, turbans were only worn by the upper class in Sikh culture which created a separation between elitists and regular people. That is until sometime in the 17th century when Guru Gobind Singh Ji declared that every Sikh is from the upper class and thus should all wear turbans. This brought an end to the cast system and the tradition continues today. 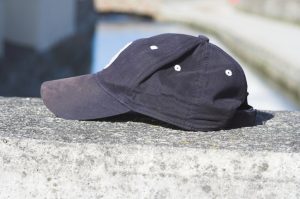 How To Clean A Baseball Cap Without Ruining It

Summertime is just around the corner which means time to put away all your winter clothing and bring out the shorts and t-shirts. It’s also